BUY CHEAP VTU SERVICE
NEWTOBETTING.COM
New Jersey to consider video lottery terminal expansion.in united state, more upgraded gambling strategy is being deviced as new jersey is considering expanding video lottery terminal. According to Worldcasino, As a way of increasing revenues in order to help the struggling local horseracing industry, lawmakers in New Jersey are reportedly developing a plan that would allow video lottery terminals at the Monmouth Park Racetrack and the Meadowlands Racetrack without the need for a public vote. 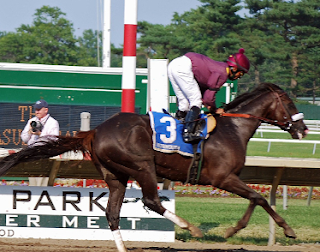 According to a report from The Press Of Atlantic City newspaper, Ralph Caputo of the New Jersey General Assembly is exploring the option thanks to a 1982 decision from former New Jersey Attorney General Irwin Kimmelman that found such a move would not require an enabling public referendum.

As part of the general election of November 8, New Jersey voters overwhelmingly rejected a plan that could have seen two casinos constructed in the north of the state with Atlantic City’s New Jersey General Assembly representative, Chris Brown, telling the newspaper that he is against the video lottery terminal plan because it is simply a backdoor way to expand gambling to the detriment of his constituency.

“While I’m thrilled that by putting middle-class families first and standing up to political bosses and special interests we were able to defeat north [New] Jersey casinos, it is frustrating these political bosses and special interests are ignoring the will of the people and now saying “voters be damned” in trying to force north [New] Jersey casinos on our families,” Brown told The Press Of Atlantic City.

The newspaper reported that the issue of introducing video lottery terminals at New Jersey racetracks has been talked about for more than 20 years with the state’s former Republican governor, Donald DiFrancesco, recently explaining that he is a proponent of the idea.

“Of course they should have them,” DiFrancesco, who spent more than 30 years in the state legislature and served as governor for 342 days in 2001, told a gathering at the recent League Of Municipalities Convention in Atlantic City. “If people want to go and play the slots at the racetrack, then go ahead.”

DiFrancesco’s Democratic successor as governor, Jim McGreevey, additionally supports the move to bring video lottery terminals to the New Jersey racetracks as a means of saving the state’s horseracing industry.

“It will not continue to exist if we don’t do something about it,” McGreevey said of the local horseracing industry. “I think that it’s a rational way to do it, which also balances the long-term interest of Atlantic City.”

Colin Mansfield, a casino analyst with credit ratings agency Fitch Ratings Incorporated, told the newspaper that bringing video lottery terminals to the New Jersey racetracks would not have as much of a bad effect on Atlantic City’s gambling market as would the two additional proposed casinos.

“It would take some of the revenues but how much we don’t know yet because we haven’t looked at it yet,” Mansfield told The Press Of Atlantic City “It wouldn’t be as much as, say, a resort type of casino, which was proposed during the referendum.”