BUY CHEAP VTU SERVICE
NEWTOBETTING.COM
The Sunday Briefing: Ole Schemion Wins the PokerStars Super-Sized Sunday. many professional poker stars are winning big in poker game. According According to pokernews,Ole Schemion may be better known for his live poker tournament prowess, as you would be had you won almost $11.5 million in the live arena, but the talented German still plays online poker tournaments and proved on Sunday that he still has what it takes to win tournaments at the virtual felt. 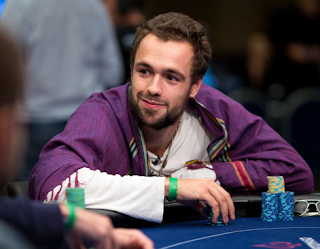 Playing as “wizowizo” at PokerStars, Schemion topped a field of 638 in the $700 Super-Sized Sunday, winning $36,823.89 in prize money and almost $14,000 more from bounty payments. It is fair to say that Schemion is one of the best poker tournament players of his generation.

Although impressive, the prize money won by Schemion was not the largest sum won at PokerStars this weekend. That honor goes to Romania’s “Dannyz0r” who came out on top of the Sunday Million, turning his $215 into a most impressive $143,420.37. A regular in low-to-mid stakes tournaments, “Dannyz0r” looks to have taken a shot at online poker’s biggest weekly tournament and with amazing results.

Some of the more notable results from PokerStars tournaments on Nov. 27 included:

Germany’s “IvanoBalic2” triumphed in the $50,000 Sunday Crocodile for a $13,224 addition to his bankroll, with Kurt “gingerspew” Fitzgerald adding $16,865.11 to their lifetime winnings by becoming the champion of the $80,000 Sunday Challenge.

No Responses to "The Sunday Briefing: Ole Schemion Wins the PokerStars Super-Sized Sunday"